I’m Jackie Siu. Highly-motivated and well rounded game designer committed to pursuing a career in Environmental Modeling and Level Design. I have a Bachelor’s degree in Game Arts at Mt. Sierra College. My passion and desire is for creating game level designs and 3D game environments. 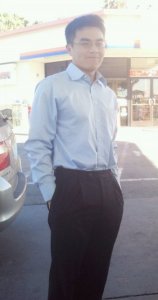 Pursuit of growth and indulgence as an artist.

Assault Coop is a coop mod that started back in 2005 and become well known in the Far Cry community. With over 40,000 downloads, Assault Coop  features 25+ custom created maps and 22+ scripted entities. It is one of the few working coop mods for Far Cry. Grew knowledge in singleplayer, multiplayer, and coop mapping techniques. Gained experience in AI setup and navigation.

Fort Ambush is a multiplayer mod that put players against waves and waves of monsters defending the objective. Players must advance through tough enemy resistance and capture the bases. The mod has achieved over 2,000 downloads.

Black Hawk Down Mod is a survival/coop mod based off the popular crash site scene in the movie Black Hawk Down. Players are put up against ruthless enemies that raid in great numbers and fierce gunfire. Their objective is to take over the helicopter while the players must defend it. Over 3,000 downloads were recorded.

Zombies, Drugs, and Rock n roll. This mod was build in 48 hours for the world wide event Global Game Jam 2010.  The player controls a master overlord zombie who can infect innocent civilians to build his horde of mindless drugged zombies.

Assault Coop version 1.0 was published in the demo CD in British PC Magazine. The mod was known for being one of the first working mods for coop in the popular Far Cry by Crytek.

Swarm is a survival/coop map that was featured in the French Gamer Zone Magazine. The map was known for allowing players to customize the number of oncoming monsters raiding the human camp site.

Bachelor of Arts in Game Arts and Design